Sticking It To The Man 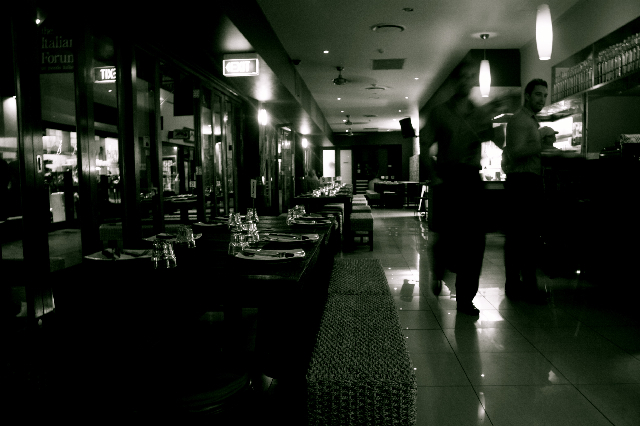 I really do hope that it's not only myself I speak for when I say that there's something really, really cool about stuff being impaled. There just is. I don't care what it is, but put a stick through it and it suddenly becomes more interesting. Picture the most boring thing you can think of. For me, it's listening to an interview with an Australian cricketer. Cricket kills me. Cricketers kill me again. Borrrr-ing. Now, picture that same interview, but where the cricketer and the interviewer (pick any annoying current affairs personality) are both doing exactly the same thing, but impaled: much better. What it is about the idea of a sharp, straight, metallic length piercing humble flesh that is so agreeable, we'll probably never know - but when The Flavour of Brazil in Leichhardt offers those who want a beastly churrasco-fiasco in 20 speared courses, it's like cupids arrow through a foodies heart... 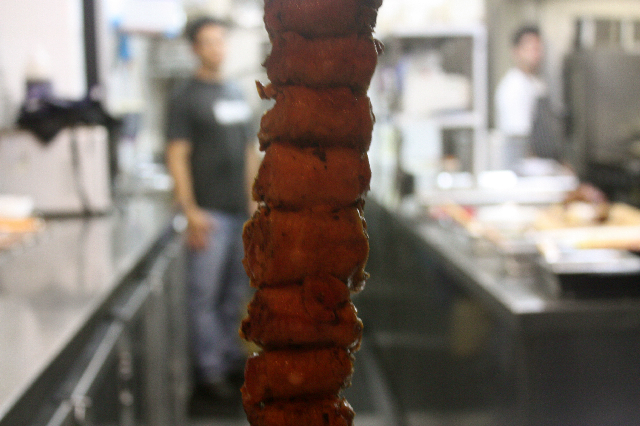 The Flavour of Brazil offers a slightly more upscale/quality version of Brazilian all-you-can-meat. It's practically every animal on El Old MacDonald's rancho, marinated, charred and sliced, plate-side, off a skewer that is attached to a tall, dark Brazilian waiter. What's not to like! In an age of veganism and sustainable eating, churrasco is about as wonderfully inappropriate as food gets. At $42 per carnivorous, environmentally-oblivious, cholesterol infused head, you get...
Garlic Bread - pao de alho
Rump Cap (in yo ass) - picanha
Beef Sirloin - contra file
Beef with mustard - fraldinha na mostarda
Beef ribs - costela
Pork ribs - costela de porco
Prawns - camarao
Octopus - Polvo
Beef w Garlic - picanha no alho
Pork neck w Honey + Chili Marinade - Paleta de
porco com mel e chili
Rump tail w Butter - maminha na manteiga
Beef flank - fraldinha
Pork leg - pernil de porco
Chicken Maryland - sobre coxa de frango
Lamb w Mint - carneiro com menta
Chicken Hearts - coracao de frango
Lamb w Orange - carneiro com laranja
Pork Sausage - linguica
Grilled Cheese - queijo grelhado
BBQ Pineapple w Brown Sugar + Cinnamon - abacaxi
EEiiiEEiOh my God. That has to be pretty much every animal that roams the earth, and every part of those animals in one gobsmacking, bile-threatening, chargrilled, bird-flipped-towards-vegetarianism luscious, fiery line up. It is flame licked lashings of luscious meat in amounts that are supposed to hurt you. Don't worry, the stomach is designed to expand, you're just giving it the excuse to. A word of advice to delay the onset of heart disease by 8pm, there's a swathe of tempering salady-sides such as Brazilian rice, tomato salsa, cinnamon crumbled banana, potato salad, cassava chips and mixed greens. The problem is that these are all you can eat as well. This is definitely the type of meal where there's safety in numbers... 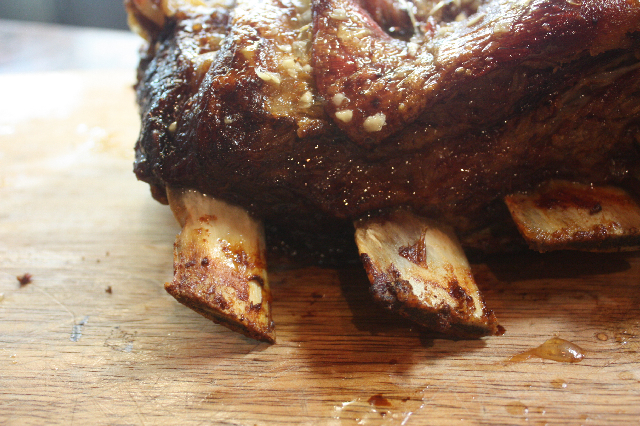 Jamie, Dan and my own, personal South American Authenticity Police: Janine, vouched for the meat I could only watch. Janine vows that this is the best churrasco she's tried, with a quality of meat that puts a stick straight into the competition's heart. Salted, oiled, sizzlingly-skinned torsos of ill-fated, flamed beasts still makes my mouth water, even if it only ever touches my eyes and nose. It's a good thing I have a large nose. The aromas were unbelievable. Smoky and deep and full. To watch a dazzling blade cut into golden-sable-flickered skin and reveal the gentle pinkness of tender, juicy, marinated flesh makes life as a pescetarian seem really, really unfair. Maybe I should be chowing down on goldfish instead of Barra, at least that way I probably wouldn't have the memory of all that meat still twisting and turning in the part of my brain that dreams. 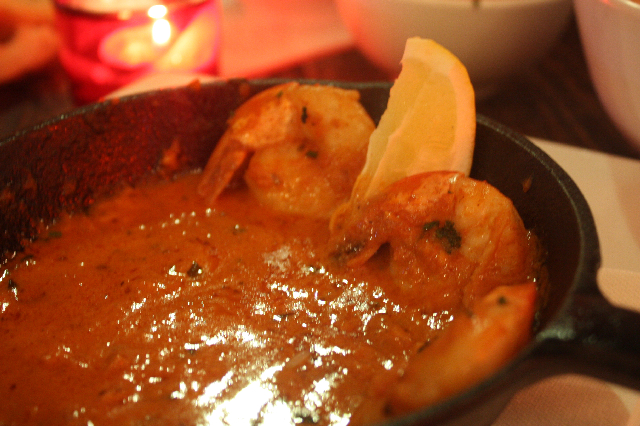 Between the golden, cinnamon-speckled sweetness of the burnt-crumbled banana, rice and salad, I barely had room for the menu's consolation prizes of prawns and cheesy-tomato-eggplant. The moqueca de camarao is a Northeastern Brazilian offering of coconut-milked king prawns with palm oil, capsicum, onions and spices. If the Devil served appetisers, this would have to be one of them. It's an edible hot tub, a furious confusion of deep, dark, orange-red milky, spicy tomato-spangled soup and seafood. Salty and rich and kicking like a bull. 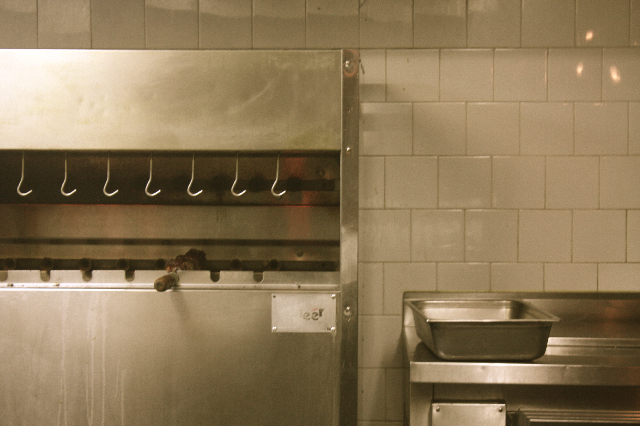 The sides were laid out like beautiful archipelagos of flavour. Vividly varied in colours and textures and (with all of that cheese and meat) somewhat resuscitating to the body, the spirit and the will. Churrasco is an art. A bit like approaching a relationship with a man who waxes his chest, you have to take it slowly and steadily and figure out how much you can handle in order for the experience to not be tragic. Set your foodie nose a couple of degrees closer to the ground, get over the fact that it's all you can eat (quantity is usually the enemy of quality), get over the fact that it's in the Italian Forum (shudder). Contrary to every pre-conception I had, The Flavour of Brazil is seriously amazing food - if you're yet to churrasco, let it be here. 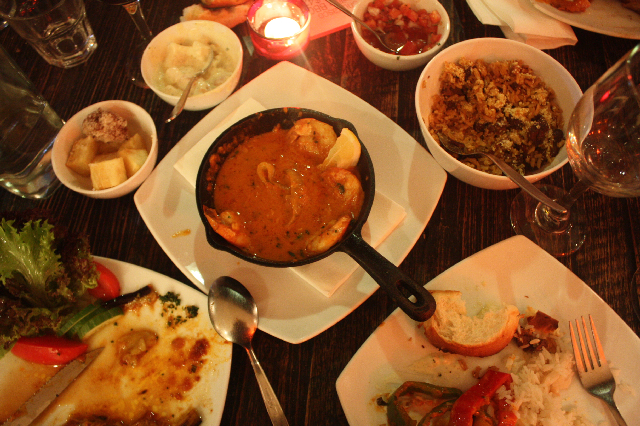 Come in a big group and leave over 2 hours for the meal, you have to be able to settle in between courses to make the most of it. The staff is lovely and attentive and if you pace yourself, you really will get a lot of moo, oink and baa for your stingy little buck. Unfortunately, we didn't get to try the legendary BBQ pineapple with brown sugar + cinnamon, everyone raves about this so do like we didn't, and make sure there's room enough for it at the end. 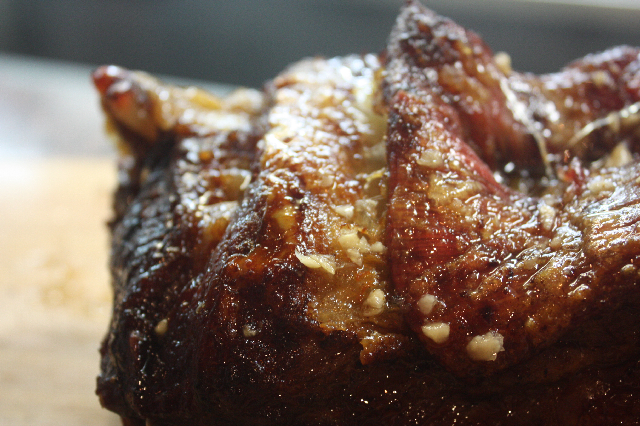 The Flavour of Brazil happens at shop 20, 23 Norton St Leichhardt.  Call them on 9572 9479 to secure a spot on busy, busy Brazilian weekends. Nissa tells me her lovely Zumba teacher puts a very flashy show on for diners on Friday and Saturday nights. I don't think it'll actually burn any calories watching someone else rip up the restaurant floor, but hey, it can't hurt, can it?
Churrasco. Jesus Christ! Prometheus might have given the world fire, but it's taken those amazing latinos to do something really special with it. There are too many overpriced, crappy places in Sydney. It's refreshing (in a flame-grilled, parmesan crusted-fat dripping kind of way) to experience affordable, fun and exotic quality. If you're ever going to let anyone stick it to you Brazilian style, make sure it's these guys.
when my belly, when my belly smiles at me I go to Rio...
Posted by amanda at 9:54 PM

foodie and the chef said...

I nearly wet myself reading the opening to your mouth-watering post... my sentiments exactly. I am sending this off to my brain-washed father ASAP. The meat looks incredible.

hey foodie, glad you enjoyed, hope your father is pleased as well. this one's definitely worth a try, it's not the type of food i usually go in for but it was really impressive. if you get down make sure you get the pineapple with cinnamon! all the best x