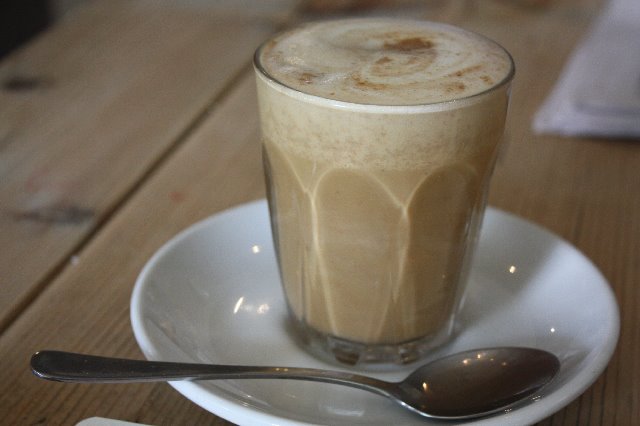 There are girl girls, girls who are dainty and girls who are delicate, girls who can get what they want with a flick of the hair, a purse of the lips, a bat of the lid. Girls who douse themselves in a thousand and one shades of pink, girls who cross their legs and laugh politely, girls who play hard to get and say the right thing and do the right thing and follow all those pretty rules...and then there are the rest us (I can just picture Cindy and Candice grunting out a "here, here"). I have always been a little at odds with the genetic flip of the coin that unfairly landed me in this fairer of sexes. Don't get me wrong, not quite sex-change-at-odds, just a tad tomboy-at-odds. That could be why part of me has a very real problem with the genuine and sincere use of the word 'dandy'. I can say dandy tongue in cheek, I can use it in a mocking, playful, idiotic mood: "how are you today, amanda", "positively fine and dandy thankyouverymuch!". But when you have to look your barista, the one you see every day, square in the eye and order a soy dandy with honey...sheesh...internal cringe factor: ten. I have been cringing a lot lately. Despite normally being little more than an enraptured repository for tea, lately, I am once again the prodigal daughter of this most fabulous of beverages, and my local watering hole, The Earth Cafe, is cranking out the best version I have ever laid lips on. 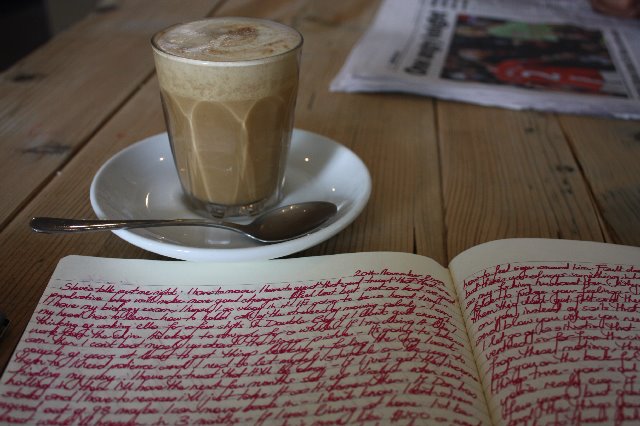 It all started about a week ago when a regular customer came in with her little girl, her takeaway cup exploded in one of those slow motion moments of maternal madness where kids cause unexpected ripples of chaotic motion in an otherwise orderly realm. I stepped forward to help the mother mop up the mess and was about to order her another of what she was having from Nick, she told me it was a latte with soy and dandelion. I used to brew a lot of dandelion root at home. It's a gross, bitter, vile, wretched and most insidious tasting infusion that elavates your liver from crack-addicted-sinner status to a choir singing born again Christian in the space of just a few sips.

All foods that are good for the liver meridian tend to be bitter tasting (cocaine aside). Dandelion root, is therefor, a really great tonic for this second largest of our organs. The liver is the hallowed captain of the SS Detox, every time you drink and smoke and eat sugar and upsize, you sink that ship just a little bit more. So a liver tonic is a good idea to have as part of your daily routine. Health books always tell you that dandy is a great coffee substitute, that they taste very similar. Any Campos guzzling university student worth their self respect is going to raise one highly pompous eyebrow in well due suspicion at that suggestion. Dandelion does not taste like coffee, it is far more bitter with none of the nuttiness or the warmth of the Beloved Bean. That said, if you can come by a decent soy dandy, they actually taste lovely, and they're amazing for you, with none of the unbalancing effects of a real latte. 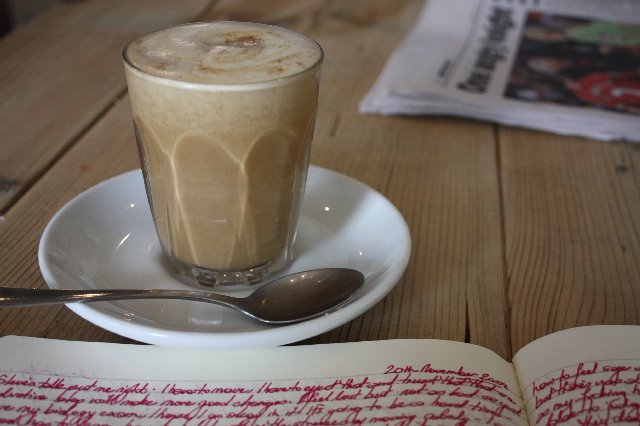 The Earth Cafe LSD (latte w soy and dandelion) is a good shot of organic dandelion root in frothy Bonsoy, with some raw honey to boot. It tastes lusciously creamy and the honey does a good job of calming the bitterness of the dandelion root. I wasn't expecting this version to be as cleansing as the one I used to make at home a few years ago, but I have been feeling really energetic after it, really cleansed as well, my eyes especially have been brighter in the last few days. I highly doubt that any of you coffee drinkers are going to even entertain notions of getting in touch with your inner hippie and swapping one of these for a genuine latte, but if you are, here or Gertrude and Alice are great places to make the leap. G & A buy their dandelion root from The Earth Cafe and use Bonsoy as well, but the LSDs at this place tend to be hotter and just that much more creamier. Nick pays a lot of attention to detail and he seems to have perfected the combination beyond any point of fault.
I should give you the address of The Earth Cafe, but it's my morning writing place and it's hard enough to land a spot at the communal table without having to battle it out with any of you people. If you don't have enough tenacity to google or ask around, then you just don't deserve to be there!
Try an LSD, if you can use them to wean yourself off a coffee addiction, you'll be doing your mind and your body a very good turn. Coffee really isn't that amazing, especially when there are so many alternatives that actually balance and cleanse your body. If you're particularly keen, go to any health shop and buy some dandelion root to brew at home, you can have it without milk, that is unless of course, you're too much of a girl.
Posted by amanda at 7:58 PM

currently in Hobart looking for a pomegranate and working on the moussaka recipe. I know coffee doesn't really cleanse the body (just my mind), but surely if you take a berocca now and then it undoes the damage? Hehe.

poor tasmanias! what are you doing down there. coffee is evil for teeth, you should know that! hang in there with the moussaka recipe, greeks are difficult to wean things from, you might have to resort to feminine wiles. have fun and take photos of pretty things you eat xx

can't find a good coffee anywhere. is that your diary?

TK! do they have cafe de olla? its a spiced coffee they had in mexico, best stuff ever, has panela in it. dont know if its just mexican or SA, are you ever going to have a flat white in sydney again?

ps: yes to diary, but i call it journal, way classier x