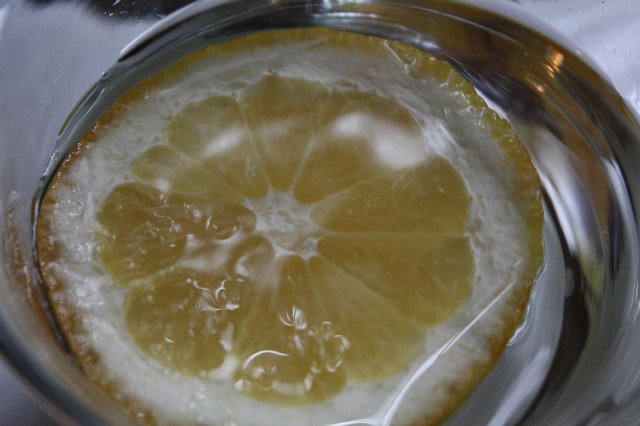 On the stage of life, there are certain things one intuitively knows to play down. I come from a very open family, but there are certain aspects about me that I have learned to lie about..just a smidge. Ooh..Tell me more, you say! Bet you never knew I lovelovelove ABBA, or that I have never really read a newspaper in my entire life (and never intend to), that I am utterly tone deaf, or that I sleep with my hands balled into nervous little fists, that rodents, dancing in public and loud noises all scare the life out of me. I also don't really care a whole lot about the environment even though everyone tells me I should, and I have to look up the word rythymn every time I write it because I will never learn how the hell to spell it (Did you mean: rhtymn, yes, yes I did mean rhtymn). Those are all fairy understandable, forgivable things to be embarrassed about, yes? It is a whole other story, however, when you have to lie about knowledge you have. Not just your knowledge on one subject, but rather the extent of that knowledge in particular.
Forgive me Father, for I have sinned...I have been lying about water for a long, long time, and this is for one very simple reason, water knowledge has become the identifying characteristic of the worst sort of social creature that ever lived: the Yuppie Wanker. Now I hate YW's as much as the rest of you, so, in a feeble attempt to absolve myself of the above charge, the overpriced lawyers I paid for with Dad's money have advised me to take this opportunity to make the following disclaimer:
one: I have been drinking mineral water as my tipple of choice since i was five (long before it was cool to do so),
two: water is pretty much all I drink (besides tea), even when at a pub or a bar,
three: I really, really can tell the difference between types and brands, blindfolded, with my hands tied behind my back and possibly even while being simultaneously inverted and circled by chanting, naked gypsies.
So there. That either makes me not a YW or the biggest YW of them all. But I am going to tell you about water regardless, and I don't want to see even one shadow of a smirk, are we clear? Good. 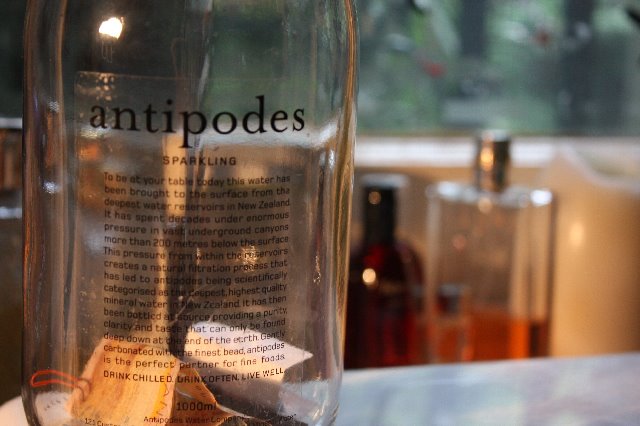 Water is pretty deep stuff. I am doing some first year chemistry and biology these days and discovering things like polarity and tensile strength, all these quirky little traits water has that I never knew about. But I barely passed chem, so I am going to stick to my topic of incredibly high distinction: taste. Water, even before you talk about things like origin, brand, sparkling, still, spring, filtered and tap, is a book you should judge by its container. What you're looking for in a bottle is something hard. Whether it be glass or plastic (glass is more ideal in terms of the clarity of taste), a hard bottle means that less of what is in the bottle (icky chemical things) will leak into your water. Good plastic water brands always come in a hard bottle, Fiji Water and Mangrove Mountain are two good examples of this. Cool Ridge is the worst water brand on the Australian market, in studies it has come up as having the highest aluminium content, no surprise, it tastes like liquid crud and the bottle is thin plastic that easily gives when you squeeze it. Cool Ridge, sorry to push it with you, folks, is a bit like a hooker carrying every type of STD you can imagine, please take my advice and quench your thirst elsewhere. Mount Franklin is your best basic bet, it's just filtered tap water, but it has quite a clean taste and comes in a decently hard enough bottle. 'Spring water' in Australia just means filtered tap, which, if it doesn't taste too metallic, is a fine choice. Evian, which I do love when I feel like something a little saltier, interestingly comes in a softer bottle, trust the French not to follow the rules! 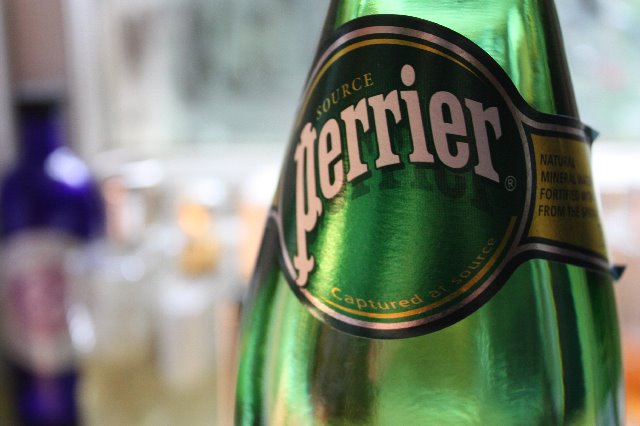 I met the water of my dreams in 2005 on that NZ trip I told you about. Antipodes is the Grange of water. I was taken with the name when I saw it on the menu at Huka Lodge, so I ordered some, expecting it would be nice and clean, being a local NZ water and all: Love at first sip. Time stopped when I saw the bottle. I love its shape, old fashioned, full blown glass, gentle and solid and boasting the most clean tasting water I have ever had. I still have that first bottle, i'll keep it forever. I got in touch with the company upon getting back to Australia, they told me they were going to launch here in 2006, since then I have been happy to come across Antipodes in lots of shops and restaurants (About Life in Rozelle stocks it). It has a rich, sharp taste. It tastes like water that has lingering traces of the memory of the salt and the pith of the rocks it has lain against. It tastes like the depths it comes from. I prefer the still version to the sparkling. Like really great mineral water, it has a kind of green taste to it, it's hard to describe, but it's the complete opposite of dull, there's almost something dynamic in the way it hits your tongue. It's not at all tasteless, just earthy and silent. 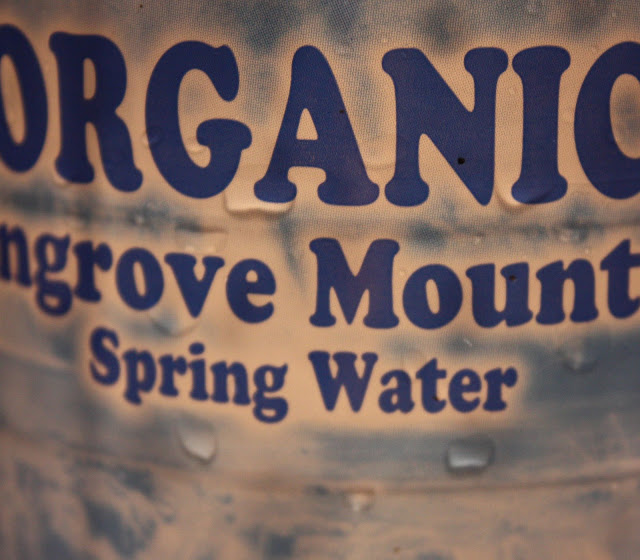 San Pellegrino is okay for sparkling, I find San Benedetto a little nicer though, it's a gentler sparkle that tastes less mineral rich, which is good if you're fine dining and don't want to dull the flavour of the food. Personally, I have always hated Split rock, it's just way too strong on the mineral taste for me. I think they released a lightly carbonated one, but it still tastes really strange. Punk Rock Perrier is my favourite for sparkles. This is the one I have been guzzling since I was a knee high. It's not really connoisseur water, but it is damn good on a hot day, with a burger, or with chinese food. The burn on tongue is like a nice punch on that spot somewhere between the back of your throat and behind your nose. Your eyes kinda sting after. Heh. It's nice. Stay away from the lemon and the lime version they recently came out with, though, ick! 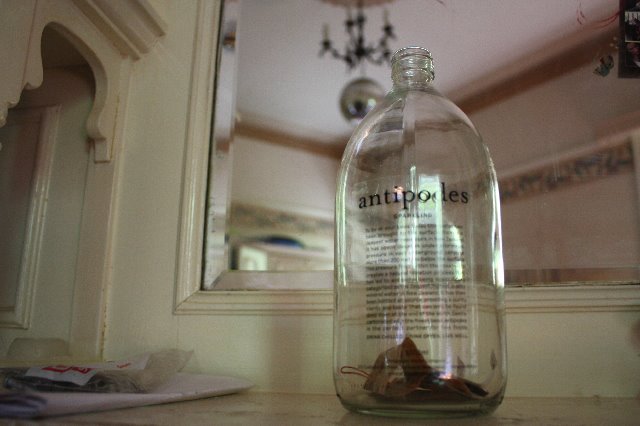 Sparkling water can be quite acidic, it's not something to drink too much of, but if you're hooked on sugar laden soft drinks, this is a good way to get more water into yourself and still have some of that bang that comes from the fizz. At home, I drink filtered tap, I usually squeeze lemon or lime in at night if I'm kicking back with a novel, it's really refreshing and nice before bed, a highly alkalizing nightcap. Water that is room temperature is gentler on the body than water that is freezing cold. Practitioners of Traditional Chinese Medicine believe very cold water is bad for the digestive system in general.
So, that's pretty much everything I know about water. Now you're a YW too!
Don't hate, hydrate.
...and there you have my worst one yet. Okay, smart asses, let me have it...
Posted by amanda at 5:49 PM

However, here's my 2 cents: i think that Evian is dirty [even though it shares the swiss shores of the beauty Lac Leman...], that Mt Franklin is even dirtier... and that ultra cool tap water quenches a thirst like no other. Plus vital factoid for your Chinese Practitioners: drinking eight ounces of cold water can burn off an additional 9.25 calories as compared to room-temperature water.

Get to drinking hot bods.

But my ultimate water dirty secret?
I like to keep plastic bottles forever and ever… And only when the foul old plastic stench really gets to me- every time I take that ice cold sip- do I finally decide to recycle the used and abused.
I cringe at the thought of having to actually BUY a new plastic bottle… :S
My longest plastic fantastic relationship?
Up to 11 months… it’ll be our anniversary next month.

I shudder in genuine horror about plastic bottles - not only for the taste, but as someone who now works in the plastics industry (or against it), i know what is in it. I'm not too much of a YW though - I filter tap water at home, then take my own water everywhere with me in my overpriced metal bottle. I would prefer to store it in glass but its not really safe in a bag, with my highflying lifestayle.
Thank you for the education in water though!

Firstly, I would like to make a plug for the most important decay preventing ion in my life - Fluoride. Water filtered by reverse osmosis sucks it all out, and whilst this makes for a clean, refreshing beverage you may need to weigh it up in the long run. Water filters that take out all the larger chemicals contributing to the 'taste' of tap water, but leave the smaller ions may be a good compromise. Think Brita better.

I'd also like to mention the role of bicarbonates as a large contributor to the taste of water. I refuse to drink any still water with a bicarbonate content greater than about 5mg/L. The bicarb content is the reason that Evian tastes salty, soapy and DIRTY DIRTY DIRTY ( i agree wholeheartedly with plastic fantastic).

On a final note - why buy something when it comes free out of a tap and you can cradle this liquid in a crusty battered pop-top bottle?

:-) Boy all the secrets are coming out today Mands...!

PS plastic fantastic - there is absolutely no reason to ever throw a bottle cos it smells. A few drops of bleach in the kitchen sink will bring it back to its original germ-free glory.

ooh. heated blog debate. i clearly cant argue with a dentist, but bleaching a plastic bottle is just about the skankiest thing ive ever heard. how could you!

For the record ... Britta filters leave the fluoride in ...