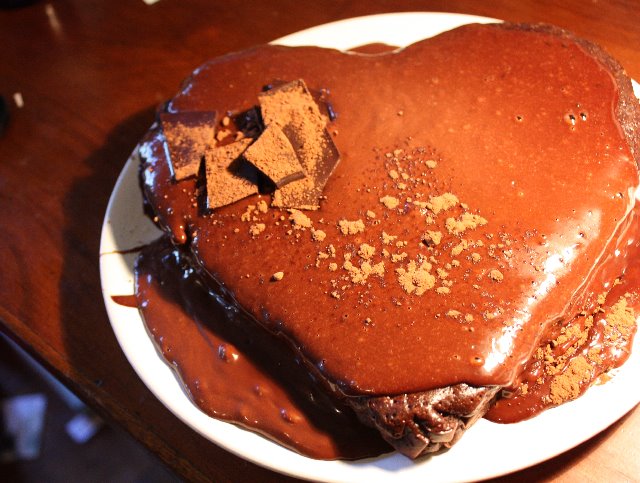 With the pope and pilgrims in Sydney for World Youth Day, pious, albino clad innocence and purity seem to be reigning a little too supreme. Now, being a big stickler for balance, I wanted to do something to conjure up the recently foresaken kingdom of the shadow. How then to manifest these distant, dark forces in the earthly realm? 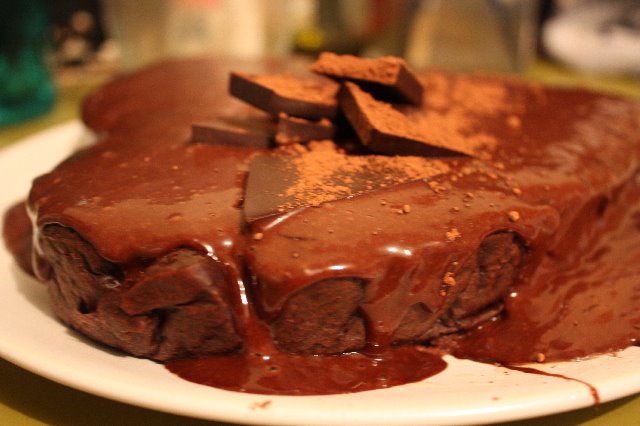 Nothing says Satan like baking a gluten free dark chocolate cake infused with organic earl grey tea and vanilla. Hell yeah. If this cake was a Julio-Claudian emperor, it would definitely be Nero. Dark, wicked, donaldtrumprich and reckless, it's a little like death metal on the tongue. Now, this is me baking it, so it's still gluten free, organic, full of antioxidants and more wholesome sweeteners, but you're not going to hold that against me, are you. 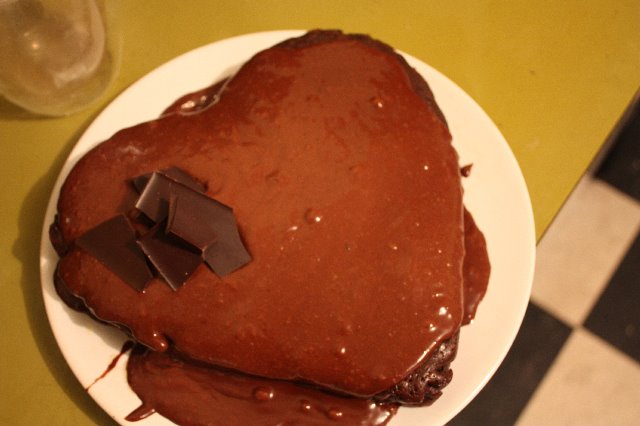 Dark Earl Grey Heresy Cake
300 g dark chocolate (70% this time)
50 g unsalted butter softened
12 eggs, separated
20 g rapadura sugar
1/3 cup maple syrup
Pinch of salt
3 teaspoons vanilla essence
1 tablespoon of good quality earl grey tea (I love Hampstead fairtrade earl grey)
Preheat your little hell box to 150 degrees, grease a heart shaped tin and line it with baking paper. Melt the chocolate in a bowl over boiling water, stir butter in once melted. Beat egg yolks and add maple syrup, the rapadura sugar, the earl grey and vanilla, keep beating until thick. Stir in the chocolate and butter. Beat the whites and add salt until peaks form. Mix the chocolate and the whites, set aside 1/4 of the mix and put in fridge for later. Pour the rest into the tin, bake for 30 - 40 minutes. Once it has cooled, spread with topping and dust some cocoa on top.
Eat this in front of some homesick pilgrims with vanilla bean ice cream or some good thick cream, the cake is so rich it easily overwhelms, so ice cream is needed to tame it a little. The next time I make this cake I want to try using a milk chocolate, the earl grey is incredibly strong and the result of mixing it with dark chocolate is intense to say the least, I think the bergamot would muddle more nicely in a lighter chocolate. That said, this is still a dense, delicious cake, but if you're into big servings or going to go for seconds, be sure to have your will finalised first. If you're salivating over the pictures and willing to kill to get some of this but too lazy to actually make it yourself, then thats Gluttony, Envy, Lust, Sloth and Greed you've got covered. If you're very mad about me taunting you with gorgeous chocolatey images while you're sitting at home, alone, with a bare fridge, then Wrath should be right as well. But if you are willing to beg me for a piece, then at least you don't have any Pride. 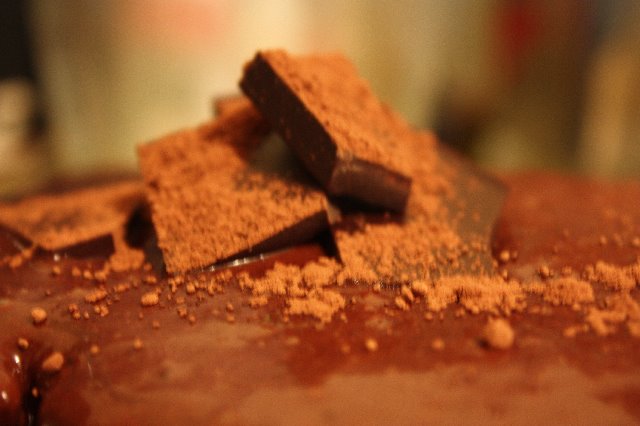 You'll need some confection confession. Baking on the wild side.
Posted by amanda at 10:25 PM