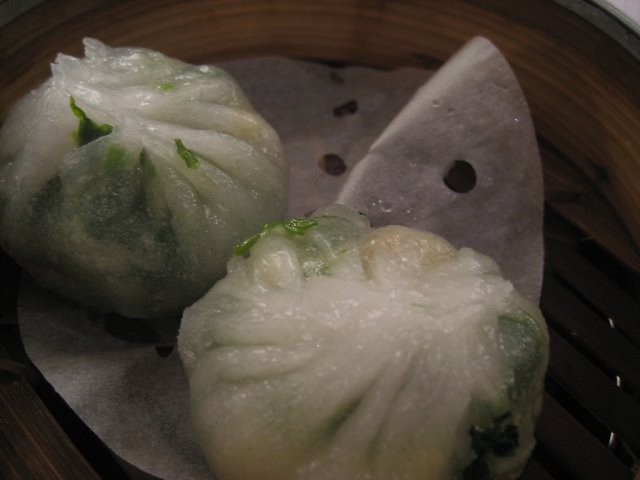 If punk rock was a dining experience, it would be Yum Cha. Loud, chaotic, crazy, anything goes. Service in chinese restaurants kills me, its hilarious the extent to which they just dont care, their directness, their obvious displeasure at some requests, you are the cattle and they are the sheepdogs. Yum cha is more than lunch, it's theater. Yum Cha literally translates to "sipping tea", which is done throughout the meal to digest the heavy, fried food that is commonplace, it is traditionally eaten at 11am.

My idea of yum cha is pretty limited, if it's a steamed dumpling and it has seafood in it, I want it in my belly and I will fight you for it. I steer away from the fried stuff, too heavy, the flavour and texture of a steamed dumpling is beautiful, frying ruins it for me. I love the whiteness and the plumpness of the little steamy packages of translucent chinese perfection...the way the soy sauce and chili paste stain the virginal white of the glutinous cradle, god, what could be better. The frustration that chopsticks can add to the efficiency of getting dumpling from bamboo basket to bowl to mouth is a sweet kind of torture.
I love people, and I get pretty ambitious about gathering crowds of them around for food related events. This turnout was huge and there was a bit of teasing going around about how we were all squished in for the latest round of Crimes Against Dumplings:

The Scene: The Regal Restaurant, Sydney at 1pm, cramped around a massive table.
The Victim: the magnificent Prawn and snowpea dumplings, Garlic prawn and chive dumplings, Groan inducing Prawn wontons with soy and ginger dipping sauce, Prawn rolls, Noodles with sesame, Vibrant asian greens with oyster sauce, Fluffy pork buns, Salt and pepper squid with chili. They should've been given the Olympics on the basis of these alone.
The Accused: 18 hungry, freezing Sydney siders, including one vegetarian, one vegetarian who eats prawns, one boy who eats anything, a friend from Japan with with less curls than she had one year ago, one sleepy jeweler who lives off veal, one They Might Be Giants fan, one beverage nut, one sleepy girl just back from mexican madness, 4 architects (and possibly another architect in the making), several PhD students (of the science-y kind), a German chocolate lover with a broken arm, a green eyed lady with a glorious complexion, someone who thinks chewing is called "mastification", and yours truly, the poor, still fasting bugger who came armed with her camera and the last vestiges of her failing will power.
The Sentence: Death via complete satisfaction and/or MSG overload.
The frenzy of the regal on a Sunday makes it a place you have to try at least once. Despite booking, we spent a few minutes at the door while a waitress yelled into a microphone about an inch from our external auditory meatuses (ie: ears, for you non anatomy people) numbers of the tickets of people waiting in line. That kind of foreplay just whets your appetite like mad. If you don't plan on getting there before 11am, then be sure to book, come starving and patient and with a good sense of humour. Its Fun Cha, no serious, dreary deep and meaningfuls, philosophical discussions on the nature of existence or marriage proposals allowed. If you haven't ended up with soy/chili on your face or clothes, then you're just not doing it right. I am not going to describe the food, the pictures are here for you to conjure up all the tastes and the flavours. If there's room at the end, try to fit in a mango pudding or a mango pancake, they're shamelessly tacky desserts but they go down so well after dumpling heaven. The jelly comes with a little toothpicked American flag on top, let the emblem of the the land of the free free that water spinach still stuck in your molars.
The Regal Restaurant serves Yum Cha from 10am - 3pm DAILY!! (Ive been there 6 times in one week a few years ago, that was a bloody good year).
At: 347-353 Sussex Street, Sydney (cnr Sussex and Liverpool)
T: 02.9261 8988.
W: wwww.marigold.com.au/html/regal 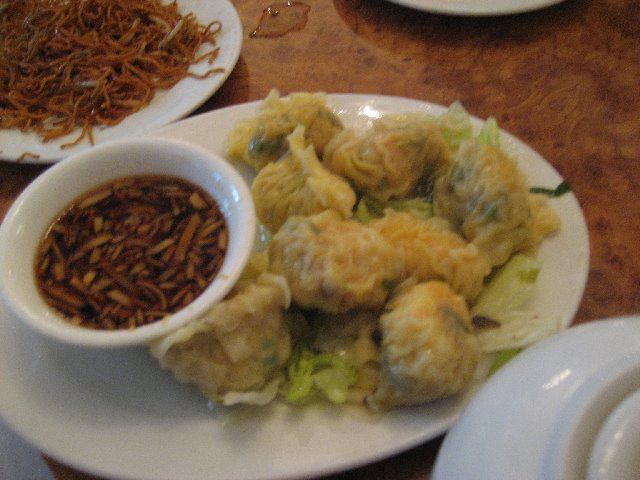